Michael Evans, Executive Director at Kingsman Philanthropic will be a featured Keynote Speaker at an invite-only event on October 5 to Discuss Human Trafficking, Kidnap Rescues and Domestic Violence Assistance offered by the Non-Profit wing of USPA Nationwide Security

Michael Evans, the firm’s CEO, is set to take the stage with newcomer and consultant for Kingsman, Haley Robson. Haley, a survivor of trafficking herself, appeared in the widely covered documentary about the Jeffrey Epstein Island, “Filthy Rich.” Evans and Robson will tour the United States to bring mainstream attention to a problem that most people do not know is happening right in front of their eyes.

The Kingsman speaking series will be accompanied by outreach with Kingsman volunteers, led by Christina Turner, Director of Outreach. Turner spent years in the streets of Las Vegas, volunteering and rescuing human trafficking victims.

Keep an eye out for events in your city. 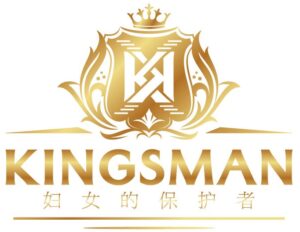 To get involved, visit therealkingsman.org